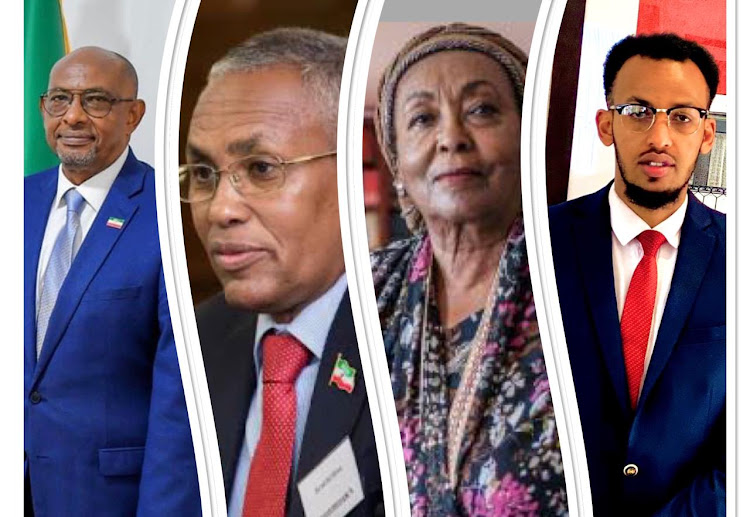 A high level delegation made up of ministers, senior advisors and officials from the Somaliland Mission in Kenya met with international development partners in Nairobi, Kenya.

The delegation led by Somaliland Minister for Foreign Affairs Essa Kayd and the Finance and Planning ministers arrived in Nairobi on Wednesday, October 20, 2021.

The partners’ welcomed Somaliland’s reassurance that President Muse Bihi and opposition parties remain committed to holding presidential elections in 2022 and also the commitment to ensure that the next national development plan would present a concise, prioritised and costed plan for the country.

They, however, voiced their concerns over alleged forced displacement of people from specific communities in Somaliland.

“While the international partners commend Somaliland’s positive democratic and economic development over recent years, these forced displacements constitute a serious setback and called on the government to stop the forced displacements and arbitrary detentions witnessed in recent weeks,” a statement from the partners said.

They called on the Somaliland government to protect businesses and properties of people who have been displaced, as the delegation assured them of the country’s commitment to protecting basic human rights, rule of law and due process for all within its territory.

On October 5, 2021, Somaliland in response to the Prime Minister of Somalia said the persons said to have been forcefully displaced, had been deported because they had unlawfully settled in the district of Las Anod in Somaliland.

“It is important to emphasise that the decision to deport a selected number of individuals from Somaliland’s territory was motivated by issues pertaining to security, including appeals from the local communities and authorities in Las Anod district,” Somaliland said.

“Intelligence reports and consultations provided clear indications that these individuals were putting the safety of the local population at risk.”

Somaliland is a self-declared independent country that enjoys separate engagements with international partners who support it in the aspects of democracy, economic development, humanitarian assistance as well as infrastructural advancement.