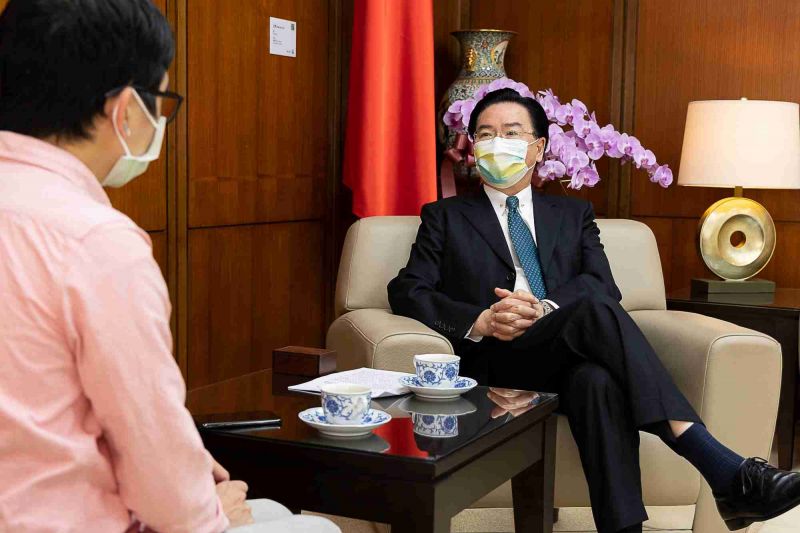 The government is fully committed to defending Taiwan without relying on other countries, according to Foreign Minister Jaushieh Joseph Wu.

Despite constant military coercion from China, maintaining the status quo across the Taiwan Strait and avoiding provocation have been the government’s cross-strait policy, Wu said. Democratic allies involved in the Quadrilateral Security Dialogue and the trilateral security pact between Australia, the U.K. and U.S. continue to state a clear stance on cross-strait developments and show support for Taiwan, he added.

Wu made the remarks during an exclusive interview with William Yang for an article published Dec. 11 by London-based online daily The Independent.

According to Wu, global backing for democratic Taiwan has been on the rise, citing recent visits by parliamentarians of Baltic states Estonia, Latvia and Lithuania, as well as the Czech Republic, the EP, France and members of the U.S. Congress and Senate. At the same time, the Dutch Parliament, EP, French National Assembly, Irish Senate and Swiss National Council also passed resolutions supporting Taiwan, he said.

Wu attributed these positive developments to the situations in Hong Kong and Xinjiang, highlighting the fact that growing threats from China underscore Taiwan’s value as a reliable international partner.

In a tweet on its official Twitter account, the Ministry of Foreign Affairs said “Minister Wu talked topical #Taiwan issues in his interview with The @Independent. He detailed strengthening support for the country from #EU states, the #US & other members of the free world, as well as government efforts to maintain the status quo in the Taiwan Strait.” (SFC-E)