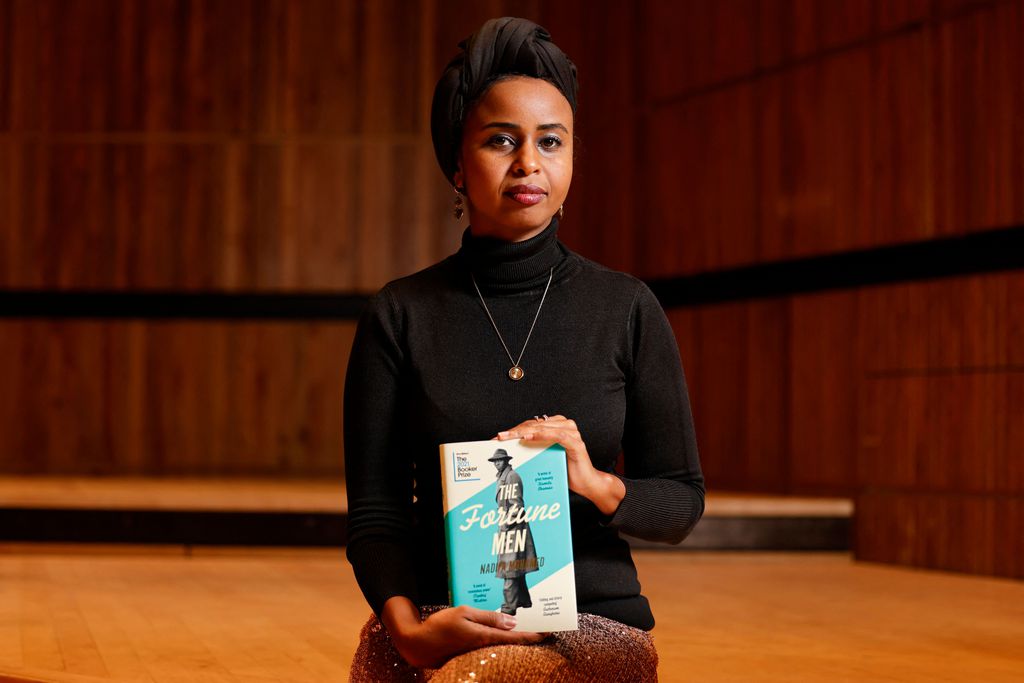 Chronicle of an injustice in ‘The Fortune Men’

In 1952, Mahmood Mattan, a Somali immigrant to Wales, was falsely accused of murdering a white woman, a capital offense. With white policemen simply picking a Black man to wrap up a notorious case and white residents lying on the witness stand in pursuit of reward money, Mattan was denied both his dignity and his identity.

Nadifa Mohamed restores both to Mattan in her new novel, “The Fortune Men,” which uses this real-life tragedy (Mattan was executed for the crime, for which he was exonerated in 1998) to create an intimate look at a man whose pride is seen as defiance and whose refusal to be demeaned proves dangerous to a Black man and a foreigner. Even though it takes place in 1950s Cardiff, it feels depressingly relevant today.

“You could be the angel Jibreel but if your face dark it don’t matter how honest, kind or soft you, you are still the Devil,” Mattan muses at one point. At another, he says, “And his blackness. Forget it. That was the one he was mad to think he could ever outrun.”

At one point, when Mattan is trying to grasp the fetishization of Black men’s sexuality, Mohamed writes, “It made him feel as if he had gone too far from home, too far to understand anything.”

The novel was a Booker Prize finalist in the United Kingdom and is often provocative and evocative but while Mohamed ultimately brings Mattan fully to life, the book’s digressions undermine some of its narrative urgency and potency. The result is a memorable portrait that sometimes gets lost in the novel’s sprawl.

When we first meet Mattan he is a sailor who scrambles to find menial work on land so he can be close to his wife, Laura, a white Welsh woman, and their three young sons. But Mattan who justifiably seethes at his outsider status and his treatment by the Welsh — “The white men unhappy, bitter, frustrated of their own accord but treating you like you’re the final insult” — often blindly justifies his constant gambling and thieving, even as it undermines his future with his beloved family.

Even after he is arrested he is still spinning stories of himself as a “just outlaw” until the consequences of his confinement give him a clearer view of the world, and his place in it. That his realizations come too late to save him gives his story a heartbreaking power.

Considering the suspense naturally built into the story, this should be a book that can’t be put down. Yet it is sometimes slow going, even if Mattan’s unsettled fate draws you along. Mohamed’s gradual development of Mattan’s character is poignant and profound, although it really gathers strength in the last third of the book when his increasingly dire situation pushes him to think more deeply about his life.

While Mohamed vividly draws the brawling and diverse tough-luck world of the Cardiff docks, most of the secondary characters feel thinly sketched. The narrative briefly switches to the perspective of Inspector Powell, the racist detective, but then leaves it behind without giving us any more insight into him.

And the insertion of real people — the book opens with the death of England’s king and the great Black Welsh singer Shirley Bassey rates a mention — ultimately feels incomplete. (Perhaps they resonate more with British readers; after all, few Americans have heard of Albert Pierrepoint, who handled most hangings in the United Kingdom.)

The biggest distraction, however, is Mohamed’s parallel story depicting Violet Volacki, the woman killed, and her sister and niece. Thematically, the choice makes sense — it means the crime that is a catalyst for the story is not an abstraction and these three are Jewish women and thus outsiders as well — but the story line lacks some of the oxygen that gives life to Mattan’s story. And after slowing the narrative down for much of the book, this subplot then just vanishes, without much in the way of resolution.

Similarly, the trial excerpts are intermittently interesting — they paint a grim portrait of a deeply prejudiced society uninterested in justice — but the scenes where we witness the testimony through Mattan’s eyes are far more powerful than the 28 pages of cold-blooded transcripts.

When Mattan hears the contradictory lies told about him he muses that “they have created a man — no, a Frankenstein’s monster — and branded it with his name before setting it loose. … They are blind to Mahmood Hussein Mattan and all his real manifestations: the tireless stoke, the poker shar, the elegant wanderer, the love-starved husband, the soft-hearted father.”

That is the Mattan who never had a fair shot in Cardiff, not in his search for reasonable and well-paid work or the respect and kindness of his neighbors, and certainly not with the police and the courts. The book may fall short of greatness but Mohamed’s decision to shine the light on Mattan’s plight is noble and her ability to bring him fully to life all these years later is worthy of note.