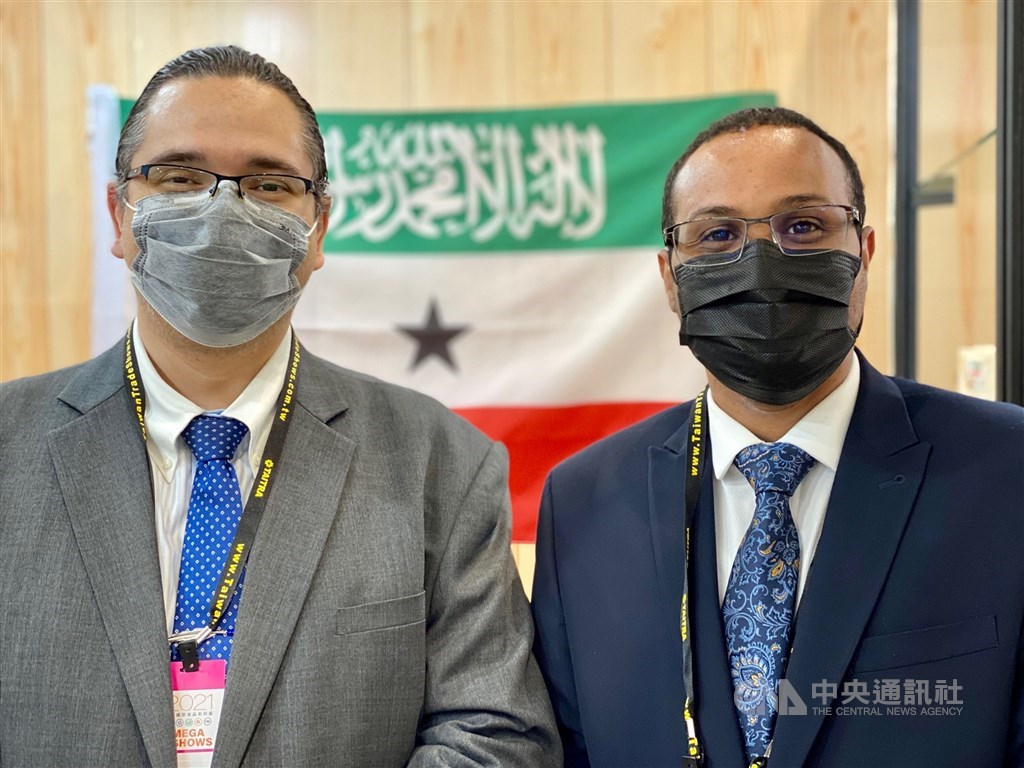 A number of national pavilions grabbed much of the attention at Taipei’s annual international food show, Food Taipei, when it officially opened Wednesday, with the first ever Lithuania pavilion a highlight.

The Lithuania pavilion is one of 15 national pavilions at the show and is participating for the first time because of growing friendship and mutual support between the two countries, according to James C. F. Huang (黃志芳), chairman of Taiwan External Trade Development Council (TAITRA).

The pavilion, which features 25 companies including importers and distributors of Lithuanian products, opened with a traditional dance performance and Huang presenting a large block of chocolate decorated with depictions of Taiwan and Lithuania, a heart and a Christmas tree.

“Lithuania is our new friend in Europe. It is a very friendly nation that supports Taiwan wholeheartedly and as far as TAITRA is concerned, we reciprocated by inviting some of the Lithuanian pavilion participants,” Huang told CNA.

He believes Taiwanese will be eager to buy Lithuanian products to show their gratitude to the country, Huang said, adding that Lithuania can use the opportunity to introduce its products to the people of Taiwan.

Two of the products featured at the Lithuanian pavilion are a special buckwheat grain that Lithuanians boil and eat with butter and a high mineral content spring water.

Ausra Andriuskaite, chairwoman of the Lithuanian community in Taiwan, told CNA that even though there are only around 22 Lithuanian residents in Taiwan, she is still confident the country’s food products will be successful in the Taiwanese market because consumers have similar preferences.

“Lithuanians and Taiwanese like to eat good quality and healthy food and food from Lithuania is exactly like that,” said Andriuskaite, who is married to a Taiwanese and has lived in Taiwan for the last seven years.

“Taiwanese also like to try new things and they support Lithuania, so for sure they will want to taste the country’s food products,” she added.

Taiwan’s bilateral trade with Lithuania was worth US$155.692 million from January to November, with US$116.863 million in exports and US$38.829 million in imports, according to Bureau of Trade statistics.

Another national pavilion popular with Taiwanese is the Indonesian pavilion which hosted 10 companies featuring food, snacks, and sauces from global brand names and local small and medium enterprises.

Taiwan imported US$44.802 million worth of Indonesian processed food from January to November, an 11 percent increase from the same period last year, according to Fuad.

Meanwhile, the Somaliland pavilion attracted scores of visitors eager to sample the country’s cooked food, such as a meat jerky known as muqmad and a confectionery called halwa.

Somaliland Representative to Taiwan Mohamed Hagi said it is the first time his office is participating at the trade show and their objective is to share the country’s culinary culture with Taiwanese people before bringing a larger delegation of food manufacturers and distributors next year.

“Next year we are planning to have a very big presence and to invite our food companies and big restaurants to exhibit more about Somaliland’s culture to Taiwanese people,” he said.

Food Taipei 2021, held Dec. 22-25, is one of the biggest food-related trade shows in Taiwan and is showcasing products from 28 countries and 478 businesses, spread out over 1,120 booths at Nangang International Exhibition Center.