China To Appoint Special Envoy For Horn Of Africa 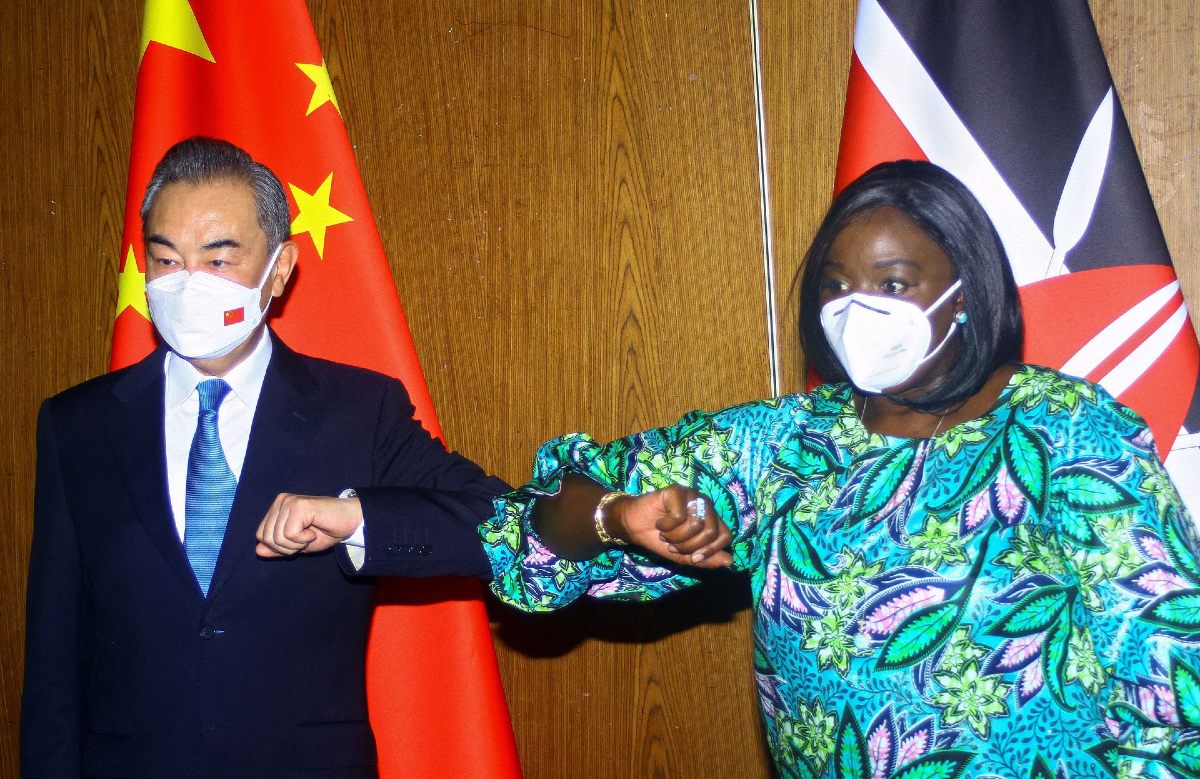 China will appoint a special envoy for the Horn of Africa to support efforts to overcome security challenges in the region, China’s foreign minister Wang Yi said on Thursday during a news conference

MOMBASA, Kenya – China said on Thursday it would appoint a special envoy to foster peace in the turbulent Horn of Africa and wanted to shift focus on the continent to trade over infrastructure.

Foreign Minister Wang Yi made the comments in Kenya, which has been active in diplomatic efforts to halt the war in Ethiopia since late 2020 between the Tigray People’s Liberation Front (TPLF) and Prime Minister Abiy Ahmed’s federal government.

He also visited Eritrea, which borders the northern Tigray region, and has been an ally of Abiy in a conflict that has killed thousands of people, uprooted hundreds of thousands, and spread hunger.

“To share political consensus and to coordinate actions, China will appoint a special envoy of the Chinese ministry of foreign affairs for the Horn of Africa,” Wang told a news conference in the port city of Mombasa, via an interpreter.

Horn of Africa nations should decide their own destiny and convene a peace conference, Wang added. The region’s other major war is in Somalia where Islamist militants al Shabaab are battling a Western-backed government.

China has traditionally been more focused on economic development and trade in Africa than politics and diplomacy, and Wang gave no further details of the envoy’s role.

Beijing wants to help develop Eritrea’s Red Sea coastline, he added, without elaborating on that either.

Eric Olander, the managing editor of The China Africa Project website and podcast, saw the visit to Eritrea as strategic in China’s rivalry with the United States, which has imposed sanctions on Eritrea for its role in Tigray.

“This is part of a big push to rally countries against the use of sanctions,” he said. “I think they (China) feel they’re gaining momentum against the U.S.”

State Department spokesman Ned Price said Washington was aware of reports that China will appoint a special envoy, adding that the United States will work with all partners who share objectives in promoting peace and security in the region.

U.S. Special Envoy for the Horn of Africa Jeffrey Feltman met Abiy on Thursday, Price told reporters. He said Washington hopes any positive momentum can be quickly realized after the talks.

Feltman will step down from his post this month after more than nine months in the job, and David Satterfield, the outgoing U.S. ambassador to Turkey, will take up the role, Reuters reported on Wednesday.

China has been shifting from offering African nations hard infrastructure loans towards increasing trade. “It is never about what China wants to do, it is about what Africa wants to do,” he said.

The continent’s needs were expanding from the building of roads and railways, Wang said, citing the need for vaccines and export opportunities.

Analysts have also attributed the slowdown in Chinese infrastructure lending in Africa to China’s own economic troubles and a commodity price crash that has complicated African debt servicing.

China’s interests in the Horn include its naval base in Djibouti, overlooking a key global shipping route. Beijing has granted large loans to landlocked Ethiopia, which relies on Djibouti’s port for trade.

The region is also threatened by instability in South Sudan, where China has substantial oil investments and spillover from Somalia that has brought deadly attacks in neighboring Kenya.

After Kenya, Wang was due to travel to Comoros, an Indian Ocean archipelago. “They (China) see the Indian Ocean as a contested space, so it’s a priority,” Olander said. “Wang simply going to a tiny country like Comoros is symbolic in itself.”