U.S. CONGRESSIONAL DELEGATION CONCLUDED THEIR VISIT TO REPUBLIC OF SOMALILAND 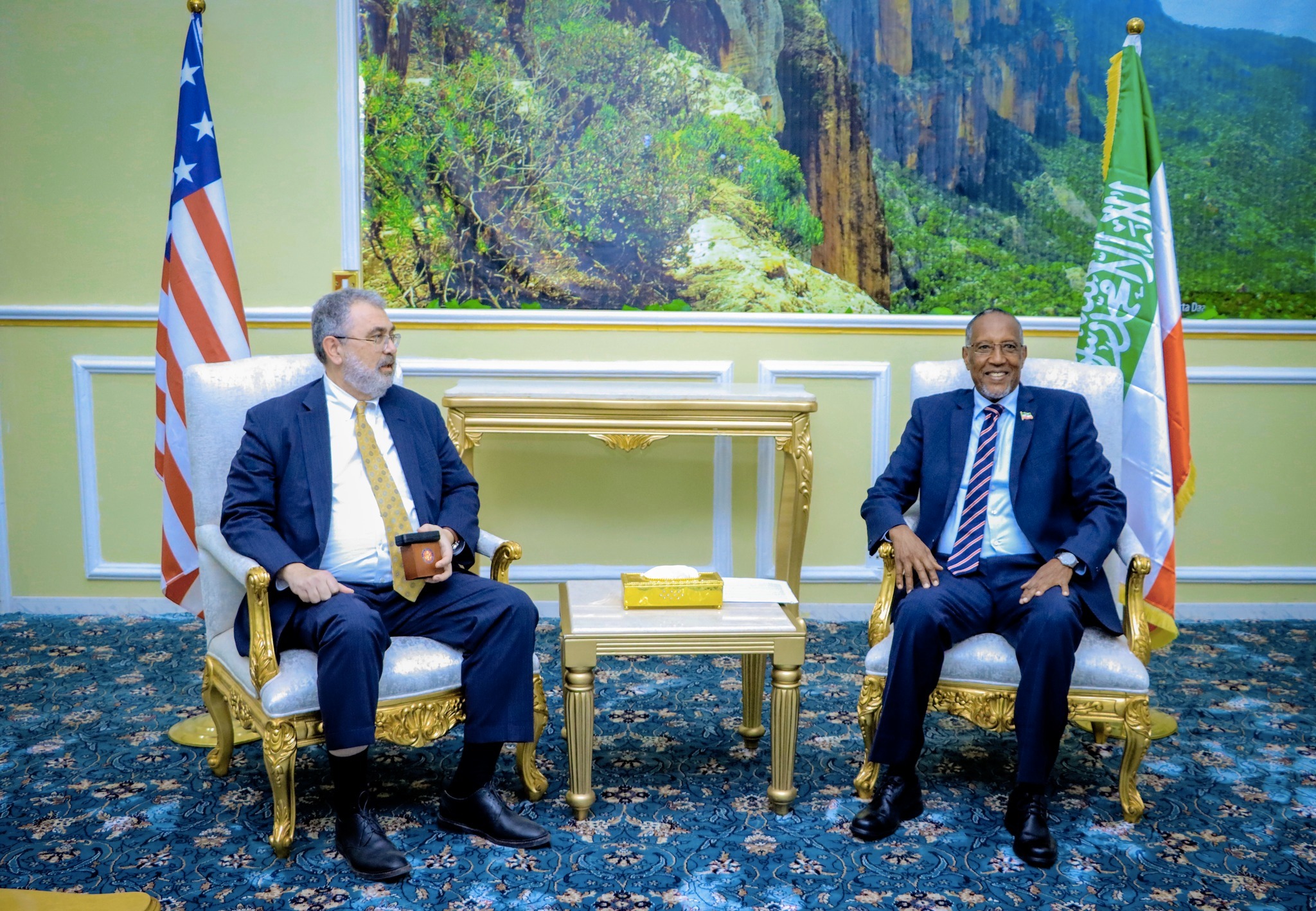 Delegation of United States Congressional Staff concluded their visit to the Republic of Somaliland in which they arrived last Monday December 13, 2021, in what will be the highest-level American delegation to visit to the Horn of Africa nation in well over a decade. Members of the delegation comprise of staff representing the Senate Foreign Relations, House Foreign Affairs and House Appropriations and Conservation Committees, along with various senior policy advisors from Washington.

The United States delegation met with Somaliland Republic President, members of Somaliland’s government, along with a bevy of Somaliland’s civil societies, education, health, and conservation institutions. The planned itinerary for the trip included a visit to Berbera’s port and recently renovated airport among others.

Congressional staffers, generally responsible for working with the individual members of Congress or committees they are assigned to, are also charged with formulating major policy positions at the technical level. Their reports and due diligence are used as the evidence which informs and drives the U.S. government’s posture and policies on global issues. Their visit to Somaliland Republic may mark another turning point in the U.S. government’s engagement with Somaliland Republic, and signal American interest in reassessing their interests in the Horn region.

There’s been a surge of interest in Washington for the Republic’s case, which has regained the traction it lost to Hillary Clinton’s tenure as Secretary of State. Secretary Clinton, who was responsible for the reversal of U.S. policy towards supporting and fostering democracy in the Horn, dismantled America’s dual-track policy towards Somaliland Republic.

Despite the minimal direct diplomatic relations, many current (and former) American officials have openly supported Somaliland Republic, and called for the U.S. government to engage directly with its government. These calls have only increased in frequency since recent Somaliland Republic established diplomatic relations with Taiwan in July of 2020.

Turmoil in the Horn of Africa region, along with increased Chinese influence on the African continent coupled with Somaliland’s strategic location in the Bab al-Mandab Strait, is attracting global attention including from the United States. It was only recently that a U.S. Air Force C-130J-30 Super Hercules transport plane landed in Berbera airport on an undisclosed mission. It was also only recently that Uganda lost its famed Entebbe Airport to China’s debt-trap diplomacy, and Taiwan lost yet another ally in Nicaragua to Chinese influence despite Congress’ Taipei Act.

In stark contrast, Somaliland has been an unwavering ally to Taiwan in the face of Chinese overtures, and has offered its real-estate to the global fight against terrorism. It is yet to be determined if Somaliland’s positions on these issues have garnered them goodwill in Washington.